Middle East has long been a playground for major powers, ideal for the clash of competing interests, strategies and influence. Technically speaking, over the years, it has been demonstrated that using soft power in the region does not get tangible results and it is the hard power that makes a difference. Showing readiness to display […]

Middle East has long been a playground for major powers, ideal for the clash of competing interests, strategies and influence. Technically speaking, over the years, it has been demonstrated that using soft power in the region does not get tangible results and it is the hard power that makes a difference.

Showing readiness to display military power and through a combination of instruments and tools, Russia is reasserting its influence in the Middle East, balancing the power exhibited by the US in the past decades. The key question is whether, on the long run, the Russian power play will yield the foreseen results.

In order to have a comprehensive view over the Russian strategy, we need to understand Russian dynamics in the region. In this sense, three directions will be followed that back the assumption that Russia has an offensive dominance strategy – display of military power, arms trade and nuclear energy cooperation.

Russia’s military involvement in Syria in September 2015 highlighted the willingness to use hard power and intervene military with the aim of projecting power and protecting its strategic interests. Another aspect was the opportunity to display and test its weaponry, outlining the state of the art military equipment possessed. Deploying top of the line aircrafts, missile systems and other military equipment boosted arms sales and strengthened the image of Russia as a strong military power able to employ its capabilities whenever the need arises.

Russia is the second largest arms exporter in the world

Russia is the second largest arms exporter in the world – presents an representation of power, critically important in projecting more power and reasserting influence in its immediate neighborhood and beyond.

The reason behind modernizing the armed forces is mainly twofold – increase its potential and making it a solid counterpart and secondly strengthening the position of an important arms exporter. An advanced and high performance defense sector contributes significantly in achieving Russia’s strategic objectives in the Middle East by boosting arms trade and at the same time helps reducing the costs of producing the equipment.  Furthermore, it paves the way for building relationships with other actors which enable Russia to be actively present in the region and maintain influence while at the same time taking advantage of recent loss of credit by the US. The renewed military cooperation with Algeria to buy latest generation aircrafts or the deal with Egypt to buy arms in 2014[1] and more recently to acquire attack helicopters[2] are only a few revealing examples.

On the energy side, the paths taken by more and more actors in the region to develop nuclear energy have prompted an opportunity for Russia to enhance cooperation and be an important player in this process. For instance, Russia is in advanced negotiations with Egypt  to build its first nuclear power plant (which seem to be very close to be concluded[3]), Russia putting on the table a comprehensive offer that involves a loan that will cover most of the building costs (85%). Another example is the deal with Jordan worth $10 billion for building Jordan’s first nuclear power plant[4], envisaged for 2022. Again, the deal offered by ROSATOM (the state owned nuclear agency) was very attractive, 49% of the costs being covered by Russia (this also implying ownership of 49%).Russia also struck a deal with Turkey to build a nuclear power plant in 2010 and in spite of the recent setbacks in the relation between the two countries, the project will continue.

In negotiations, Russia is putting on the table appealing offers (by comparison to other competitors) that assume Russian involvement in all phases, which means an attractive financial schemes – loans, covering some costs by Russian  government signifying faster construction and earlier reach of operational stage, expertize,  provision of fuel during operational activity and removal of spent fuel. Russian involvement and presence every step of the way is enhanced in the medium to long term (it takes on average 5-10 to build and make operational a power plant, its life expectancy revolving around 30-50 years).

Huge leverage in the energy sector in the partner countries

Again the advantages for Russia are multifold: increased economic presence and economic investments, high revenues on the long run, strong rise in political influence and huge leverage in the energy sector in the partner countries. If Russia will reach its goal of being involved in operating nuclear power plants in the region as planned – will tip the power balance strongly in its favor in the Middle East.

In conclusion, we notice besides the direct military presence an increased presence and a continuous expansion of military cooperation doubled by an economic one (strong involvement in developing nuclear capabilities) which is in line with a strategy of offensive dominance. Will it yield results on the long run and will Russia manage to become the main pole of influence in the Middle East? This remains to be seen, arms trade is usually volatile over time and future sales are hard to project (although once brokered, a deal gives way for further cooperation in servicing and upgrading the systems as it is the case with developing nuclear power plants that will need refueling and disposal of used fuel).  It is certain that Russia regained a big amount of influence in the region and currently stands as a power broker, capable of acting  and more importantly be willing to use military power whenever it deems necessary.

Mihai Chihaia is an expert with the Romanian think tank Strategikon and currently a research fellow at Tel Aviv University. 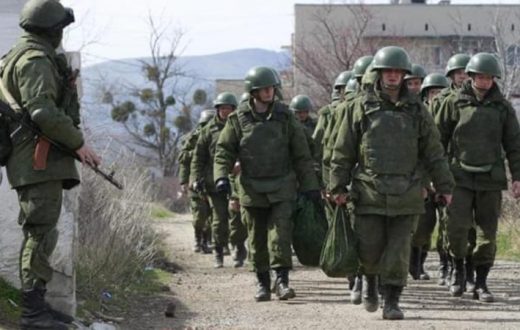 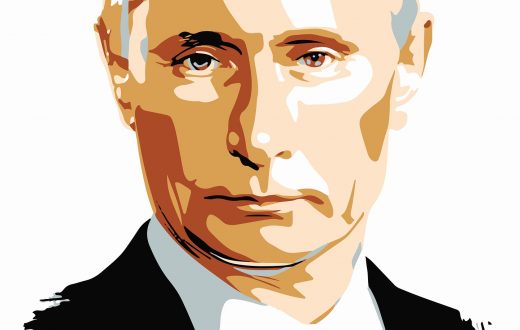