The distance between Libya and the Italian island of Lampedusa is really short. Only 70km of sea separate one of the most unstable regions of the world to the EU borders. That’s why, after the recent events, understanding what is currently happening in Libya is helpful  to understand better one of the most difficult moments […] 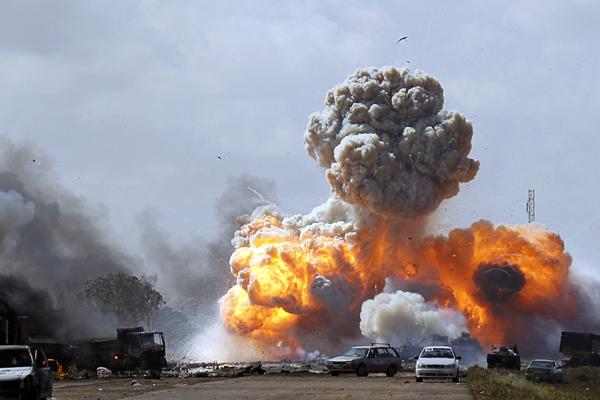 The distance between Libya and the Italian island of Lampedusa is really short. Only 70km of sea separate one of the most unstable regions of the world to the EU borders. That’s why, after the recent events, understanding what is currently happening in Libya is helpful  to understand better one of the

most difficult moments of the Eurozone’s history.The clash between the militias of the Seventh Brigade and the government of Serraj has already caused more than 60 victims and now it is clear that the coexistence between Tripoli and Tobruk has come to an end. General Haftar –Serraj’s opponent who is supported by France, Egypt and Russia – will certainly take advantage of the internal tensions in the near future. Serraj is the Prime Minister of the  Government of National Accord, and is recognized as legitimate by the international community and Italy, which specifically has the greatest interests in the region. Therefore, since French President Emmanuel Macron announced political elections for December in Libya without consulting his European allies nor the UN, it becomes clear that this new Libyan conflict seems more like a “proxy war” between Paris and Rome for the domain over the area, rather than a consequence of internal tensions. Not surprisingly, the most recent comments of the Italian government were all in the sense of condemning France for being involved in the attacks launched against Serraj.

On one hand, the strategy of the Élysée palace could be aimed to push Italy out of the country for economic reasons, since Libya is one of the world’s major producer of oil and gas, and Italian companies have historically been very important actors in the Libyan oil industry. On the other hand, the strategy may also have a concerning side-effect, in particular by complicating the chaotic question of migrants. In fact, since the Italian government reached an agreement with Sarraj for a collaboration between Rome and Tripoli to minimize the number of arrivals on the Italian coasts, a new destabilization of the Libyan government could lead to a degeneration of the migration crisis. Therefore, the strategy of the Italian Minister of the Interior, Matteo Salvini to send migrants back to a Libyan port, even before they enter Italian waters, would no longer be possible, since it would no longer be a safe place where to send them back.

After been targeted by the populist Italian government of the League and 5 Star Movement as a political enemy in Europe, Macron has taken a very firm stand in the recent debate with Rome on immigration, by requiring Italy to welcome the immigration flows from Libya (but while closing all of the French borders and ports, ed). Next March there are going to be the European elections, and the new Italian populist government leads a right Euro-skeptical wave that advances across the continent. For sure, by interfering in the Libyan issue, France could cause a very important political effect by proving Salvini’s strategy as a failure in front of his electorate. Nevertheless, there is a wild card that still has to be uncovered: the last 30th of July the US president Donald Trump met the Italian Prime Minister Giuseppe Conte to create a strategic partnership between Rome and Washington to control the Libyan unstable situation.

Moreover, there might be a financial implication of this geopolitical affair. The escalation of tension in Libya constitutes one of those external conditions that big central banks always take into consideration in order to anticipate their next moves to the markets. Even though the European Central Bank has already announced that next year it will not buy anymore bonds and that will raise rates; in Frankfurt they know that they cannot accept the risk of compromising the stability of Italy and, therefore, of the euro itself.
To be able to have accommodating monetary policies without having the markets turning their backs, as happened to Turkey and Argentina in the last weeks, it is necessary that external conditions change (of course, in worse). Libya seems to be exactly what ECB needs to keep the Eurozone safe.

Theoretically speaking, even if Italy can have a lot to lose from the current developments – geopolitical power, access to natural resources and control of migratory flows – it would also put a long-term demand for Bonds from the ECB, which could ease the Italian sovereign debt and allow a temporarily decrease of the spread.